Don’t worry, we won’t spam you or sell your information.

By signing up you agree to all the Terms and conditions.

In 2011 Celeste Gleave, a military veteran, had a dream to recognize the women fighting for our country’s freedom and sacrificing lives, family and mental health. She did something even the White House had never done--honored women veterans with a Salute to Women Warriors.

Shortly thereafter, Bridget Cook-Burch and Celeste met as two women CEOs in normally male-dominated industries. Both strong women had survived and thrived beyond trauma. More needed to be done for their sisters, and that historic meeting changed their world, and their community. Celeste and Bridget quickly met with an extraordinary group of women business leaders: Rene Johnson, Pamela Okumura, Becky Swanson, and Micaela Choo alongside Celeste and Bridget. Too many women were suffering, too few were speaking out, and they knew they had to make it cool to RISE.

These women formulated Sheroes United, a non-profit organization under the Utah Community Foundation while they set about getting their 501(c)3.  More Salutes to Women Warriors were organized, and the group began working with media, producers, and creating events to bring speakers, awards and especially awareness and education. From KUED’s Women & Girls to One Billion Rising, including important advocacy for the safety of girls, women and families, at the Utah State Capitol, these fiery, passionate women who were not afraid to speak the unspoken created a stir!

SHEROES Sponsored this event with NAWBO, The Utah Film Center

When Maya Angelou canceled her event due to illness, local women were still hungry for empowerment.

Under Utah Community Foundation as our fiscal sponsor, we worked on full, governmental nonprofit status.

Begin planning and filming and preparing for live event for local girls from all backgrounds.

Utah Community Foundation refers us to Ballard Spahr who generously donates time and talent to getting Sheroes United legally sound.

Committees begin looking for qualified candidates for awards and enhanced board.

Sheroes sponsors first awards in the community for Sheroes and Sheroes Heroes.

Begins Involvement with Statue of Responsibility 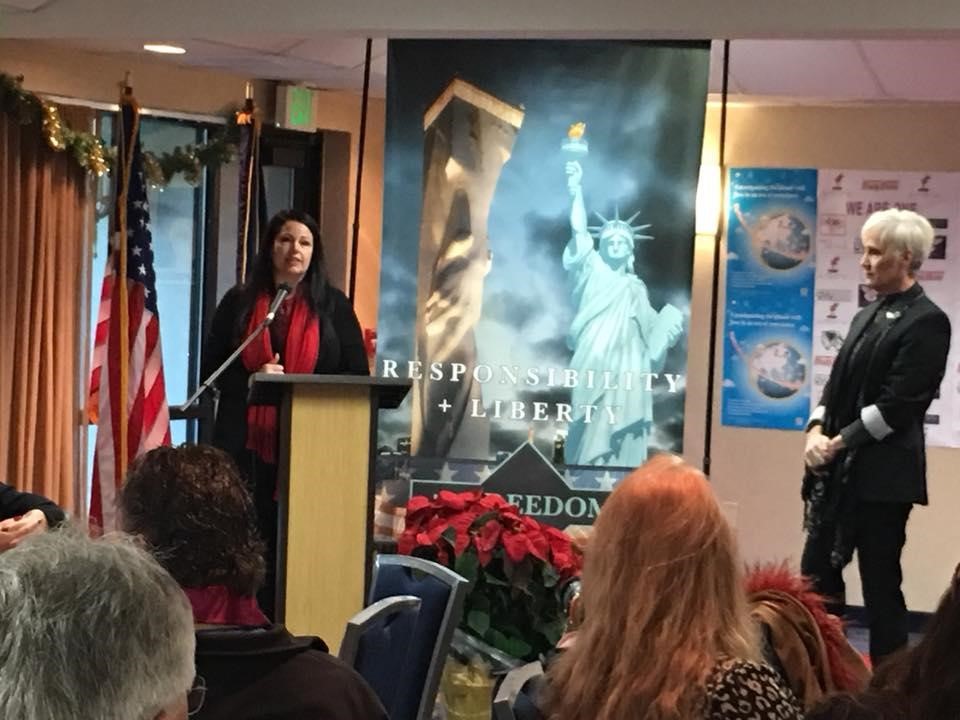 First Women of Worth Annual Kickoff

Celeste and Bridget meet Geena Davis during Zion’s Bank women’s initiative during Sundance to discuss initiatives regarding women in film.

Held at One Night Club & Event Center. Honoring our Women that have served their country and given so much.

November 2013Sheroes Collaborates with YWCA in One Billion Rising

Sheroes Collaborates with YWCA in One Billion Rising

Annual Event to Raise Awareness to the One Billion Women that have been raped, disfigured, harassed, or murdered.

Sheroes United’s large volunteer pool helped the homeless, taught in women’s shelters, collaborated in high-level meetings with law enforcement to halt human trafficking and bring technical support, advocated on Capitol Hill for vital, life-saving legislation regarding vulnerable demographics (including advocacy for limiting guns among abusers, enforcing stricter penalties and sentences for DV perpetrators, harsher penalties for pedophilia among polygamy and trying to enforce an ankle monitor for dangerous stalkers with technology that could alert a victim in advance of imminent, life-taking danger.

September 2013Sheroes supports For the Silent

Sheroes supports For the Silent

Annual recognition of the rights of women around the world saying no to violence, parade and flash mob held at the Gateway in SLC.

We have been amazed through the years at the power of one woman to change the world.  We have been even more amazed when women set aside competition and come together to collaborate and celebrate and bring vital world change.

More volunteers and initiatives are needed. Advocates, trainers, leaders, volunteers, donators and sponsors . . .WE NEED YOU.  Sheroes United has been “boots on the ground” responding to the needs of women wherever and whenever we are called. We need more troops. Women and families need you.